That is what one town is telling it's hopeful vendors.  For a moment I want you to imagine this, McDonalds restaurant leases a prime piece of real estate in order to build a restaurant and are approved by the planning commission for the placement of the building on the lot.  But they are told when attempting to obtain their business license that they can only operate for 30 days, but that they can reapply after a 15 day waiting period – for another 30 day permit but the maximum time they can operate on their lot is 60 days per year.  How long before do you think it would take before Summerville, SC was being sued for violating the federally protected constitutional rights of McDonalds' owners?

One licensed and legal hot dog vendor has been told exactly this.  He's been told that he's welcome to work for up to 60 days a year on the private property he arranged.  The city made no suggestions on what he should do with the other 305 days each year that they prevent him from operating his legal business.

Are you scratching your head too?  Did I say this was in Summerville, IRAN or was it really South Carolina?  What happened, what's going on here?  How can city/county officials create codes that restrict lawful businesses from operating – and why would they?  It's simple really.  Summerville assholes, also known as politicians, created codes and ordinances that would protect brick and mortar restaurants from competition.  Probably under the guise of ignorant rhetoric such as, “we can't be having nasty food vendors trashing up our streets and increasing the crime rates”.  I say ignorant because the facts are in direct opposition to such backassward speak.

HOW CAN THEY GET AWAY WITH THIS?

They can't.  Usually a vendor can simply notify the city officials of their egregious civil rights violations and they retract.  It's often effective to go straight to the City Attorney so that he has the opportunity to play dumb and pretend he didn't know that the city codes violated your constitutional right to work.  You're covered, you're covered by the Bill Of Rights and any attorney worth his weight in chicken shit should know this and have prevented it before it was made law.

However, sometimes city officials will dig in, they'll stand in ignorance together and proclaim that it has nothing to the obvious – crony capitalism and say that vendors bring a “certain” atmosphere that is not conducive to the goals they have set for the city.  At the same time they'll support the opening of another bar or liquor store which are inarguably the single largest threat of harm to it's innocent citizens.  Alcohol is often cause of DUI's, it is often present in the bodies of the men arrested for beating their wives, it is the excuse when caught with the neighbor's wife and it alone has been shown to cause thousands of deaths to innocent victims annually. 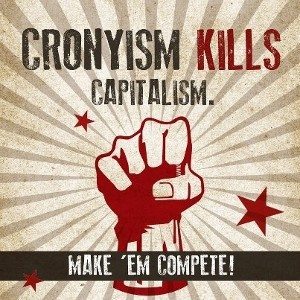 So say again, Mr. Politician – just what exactly is the problem with street food vendors?  Now before I move on, I'm not anti-alcohol.  Hell, I love my bourbon and I think it should be available to all responsible adults, but for city officials to use some convoluted nonsensical excuse for banning vendors or inhibiting them in such a way that they can't operate as any other legal business would, while at the same time allowing any establishment to serve alcohol which have demonstrable negative results – is insane, it's biased, it's ignorant, it's ILLEGAL.

If the city officials decide to take this stand though, you're not beat, they haven't won.  Simply contact and request the free services of the ACLU or better yet, the Institute For Justice.  Their lawyers have already re-educated ignorant politicians and city officials on the legalities and in every case I've heard or read of – the city MUST allow you to operate, just as any other business is allowed.  You might even Google your state to see if their are other constitutional lawyers who you could request assistance from.

The video contains more than my rant and suggestions for Todd.  Todd, a fellow vendor wrote me and shared his troubles.  Not only is he up against these asinine city codes, he has also struggled finding locations, getting permission from location owners and has been prevented momentarily from marketing the way he wants.  I offer several solutions to all of this and hope that you too find the information useful.

I even share some of my tried and true low budget, but high result marketing tips.  Watch the video and share your suggestions.  Have you had to overcome batshit crazy codes by your city or county?