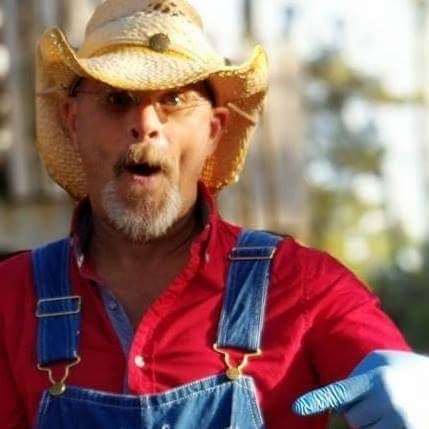 I received this story from a fellow hot dogger who didn't take no for an answer. I hope it may inspire others.

In light of the current economic situation in the US I started researching hot dog vending in the summer of 09. I like talking with people and I love hot dogs so I thought this would be a great way to bring the two together and make some money along the way. I decided on my cart and purchased it. I had looked at the town’s web site to read the ordinances first to make sure I could sell dogs in the town from a cart. There was an itinerant merchant ordinance, which allowed the selling of hot dogs under certain guidelines. With the ordinance information I felt comfortable ordering my cart.

While waiting for the cart to arrive I looked into a few locations to set up shop. A few of the property owners/managers told me they didn’t think the town allowed hot dog vendors. Historically it had never been allowed. I pulled up and printed off the ordinance from the town’s site and headed to the town hall with my paperwork in hand to get a business license.

I walked in and explained to the receptionist what I was there for. She then had the lady in charge of business license come out. She told me I should talk with the manager in the zoning office. So over to the zoning office I went. The zoning manager told me that while there was an ordinance allowing itinerant merchants the zoning ordinances would not all it. So “No, you can’t get a license to sell”. It’s like saying you can buy a dog license but can’t own a dog.

I could have walked away which is what they expected me to do because come to find out later that many had attempted the same thing and then just left when told “no”. I asked, “What do I need to do to change that?”

Long story short I wrote and submitted a zoning amendment along with my $200 to amend the ordinances. It was a $200 gamble. My amendment and I then appeared before the planning board. The planning board voted in favor 4 to 1. So then I had to wait a month for the next town commissioner meeting.

I was still being told that more than likely it wouldn’t pass. I knew from conversations coming into the meeting that I had only two “yes” votes and three “no” votes. The planning boards recommendation was to proceed and approve the amendment. The zoning office recommended that the town not approve the amendment (probably would mean more work for them if approved.)

I listened to the commissioners “fears” and “what if’s” jotted down my notes of response to their fears and what if’s. The main concern seemed to be that it wasn’t fair to “tax paying, rent paying restaurant owners”. I assured them that I pay taxes and would more than likely be paying rent. I also stated that competition is what builds business and that competition is part of who we are as Americans. “If a restaurant owner is a afraid of competition he needs to get out of the business.” If I opened a full blown hot dog restaurant would that be fair to the other restaurants?

It came to vote time. The two gentlemen that I knew would vote “yes” voted with their approval. Two of the gentlemen who were going to vote “no” changed their minds after my talk and hearing me answer some of their questions and “what if’s”. So the amendment passed!

I have been selling some at special events and sporting events and I worked the Christmas shopping season at an outlet mall. I’ll be starting the summer tourist season with one location in another town about a half hour away. The economic development manager told me I was the first one to use their itinerant merchant ordinance to start a hot dog vendor business in their town, most assumed it wasn’t allowed. Meanwhile I have received a call from another outlet mall corporation and they are interested in having a cart on their property as well. So before my first real season even begins I may be expanding the business and hiring a few employees. I’m looking forward to the adventure!