Last weekend I was in Charlotte and of course we had to visit one of the malls there. How could we face our family and friends back home if we hadn't purchased some useless overpriced crap while in Charlotte?

Answer: You can't according to my wife.

I so wish you could have been there. Misery loves company.

I was about 9 steps behind my wife feeling dragged like a puppy towards his second bath and all the while my stomach was killing me. I was hungry. I'd already walked what seemed to be 90 miles inside this dome of “keep up with the Jones'” and had wilted away down to about 225 lbs.

Just a fragment of my former self, prior to entering.

I could smell the food being cooked and rounding each corner I hoped with wide eyes that this might be the path to eating and the end to this terrible fast I'd been on since McDonald's that morning.

Finally we crossed paths. The Food Court. I told my wife I couldn't follow her one more minute without replenishing my dying body and began my trek in the semi circle of food shops.

Taco Bell, Subway then Chinese. Wait what? They were handing out samples. Some little lady was standing out in front of the Chinese food place with a platter of tasty bits of meat and little toothpicks. 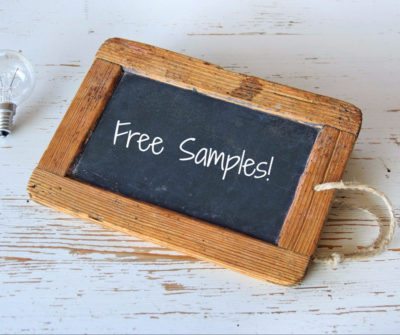 Before she could say, “wanna twy wun” I interrupted and said yes, thank you. She handed me the bourbon chicken and began to rattle off the specials in broken English.

I began to walk off but felt, now, compelled to purchase from them. Although delicious, how was I to know what I'd be missing elsewhere if I didn't at least give it a look see.

She continued to invite me towards the counter to see all the delicious foods they offered and I was torn. I wanted badly to walk away, I wanted to just go look around, but this overpowering urge to reciprocate her generosity overwhelmed me.

I gave in within a minute or two and placed my order.

This got me thinking. Ben, you're an adult, no one had a gun to your head you dumb-ass, why didn't you just go look around a bit first? As I sat pondering that and wanting to tell mini me inside my head to shut the f%$# up I remembered the rule of reciprocity.

Yes, it's a real rule. Some of you may remember receiving those pre-addressed stickers in the mail with your name on them all folded neatly and ready for use. A free gift, from whatever charity group inviting you to donate.

See they weren't selling you stickers, instead they gave these personalized stickers to you. It conjured up gratefulness and overall they received donations from folks like me who couldn't avoid the rule of reciprocity.

It's a simple rule based on the principal that if you give to someone generously, they will often feel obligated to return a favor, a gift, an offering or their patronage of your business.

Could this work for you? Could you give to passerby when they walk by and thereby implement this rule of reciprocity?

I think so. I'll bet money it works.

Stay tuned for tomorrow's post for examples on how to implement the rule of reciprocity at your stand.