Carl has done it all (according to him).

“I had just quit working for this a**hole plumbing company and was youtubing on my phone. I saw your video about coke onions. That started it all. I got a used cart that was used for hauling roadkill or something because it stunk like rotted a**. I put a new burner in it and I took it to where I knew the most people were at once.”

Carl went on about his super secret location but asked that I not share it. But like I told him, if it was that good, then why aren't you there now and why are you contacting me needing help?

The location Carl set up at was nothing real special, but it does have a lot of people occasionally. And as his “subject line” suggests… even a blind hog can sometimes find an acorn …

In a period of less than a week, Carl took in several thousand dollars with his ramshackle and ILLEGAL hot dog cart.

Thanks to some dumb luck, the blind hog had found an acorn… albeit a big acorn.

After trying unsuccessfully to contact me via phone and leaving 6 voice messages for me… Carl emailed his dilemma in detail.

“…it's dried up! Another 12 days there and I'm barely making anything.”

Carl had been serving crap. He watered down ketchup to make it last longer, he used the cheapest hot dogs he could find, he didn't give napkins, he didn't steam the stale buns, he watered down the chili… He basically did everything you'd do if your goal was to…

But Carl didn't fail. His first few days netted him thousands, due to the unsuspecting crowd.

Carl and his unlicensed business had found an acorn. But now with his taste of success and brand new cart and a license, his (pot o' gold” location was burnt out.

Burnt Out = Carl ruined the customer base with his crap practices

After reading his email I called Carl a day or two later. I probed him to find out what he was doing and because he's a tad cocky, he expanded on his tactics of watering down condiments and serving cheap hot dogs.

Along with all the other stuff he was doing wrong. He rattled off his tactics as if he were bragging. As if he were some thrifty businessman. 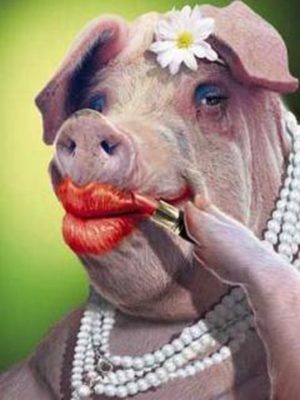 I told Carl his location was likely ruined and he'd need to change his MO (Method of Operations). I explained that this isn't a “hit it and quit it” type of business. You're not selling magic cleaner door to door.

You are feeding people. You should be providing a value, an experience, and you should be legit if you want this to last and provide years of income.

He actually balked at the idea a bit. It seems Carl was used to quick, fast pay days. That might explain the eleventeen jobs a week he's had for the past 10 years.

Carl found another location. It's not doing thousands of dollars a week, but he is getting return customers and he is now offering quality
products. He's not short-changing his customers anymore, and they are coming back again and again.

The moral of the story…

Even a blind hog can find an acorn every now and then, but don't be a greedy hog. Don't rely on luck. Do it right, and this business will sustain you comfortably for as long as you like.

I didn't tell ya this part earlier but I gave Carl a quiz. I told him I'd help him with his business but I wanted to make sure he was willing to help himself.

He got my course book, “Hot dogs saved my life.”

But just having it isn't going to somehow magically transform his failing business.

HE MUST READ IT AND APPLY THE INFO.

It was 3 or 4 weeks later before I heard from him again. He'd read the book… I quizzed him over the phone and we came up with some new ideas and plans for his business. My time is valuable… just like yours. And I wasn't about to waste time on a one hit wonder crap vendor. I wanted Carl to show me that he was serious.

I think Carl is going to stick with it. He's getting the results he wants and he's now even keeping records on a yellow pad like me.

Ben “DON'T BE A CARL” Wilson