I took way too long to get to the creamy filling on these donuts but
I had to give you the back story.
Carol in a go-getter. Carol is a bad-azz!
I'm sure you've heard me on the radio show… I'm a tad long winded. 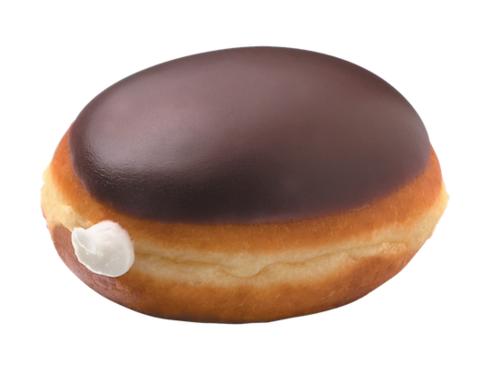 Carol read the Instant Vendor course twice. She said she took down notes
and came up with a plan.
Her first day was rough. Over $50 in the red (negative).
But it was money well spent and I'll tell you why…
Carol took my info, just one of the many things in the course, she put her
own spin on things and began.
She made a handwritten flyer that said something like…
Donuts Delivered
Fresh baked every morning. We deliver 7 days a week.
Call xxx.xxx.xxxx
She made copies.
She then went to Krispy Kreme and bought 3 dozen donuts. She asked
and received a handful of the single wax paper bags that say:
KRISPY KREME
She placed one donut in each bag and delivered them to local businesses
with a copy of her flyer.
Within a couple hours she was out about $50 in gas, donuts and fliers.
Before she'd finished delivering, she had received 2 requests for deliveries
the next day. By the end of the day she had four.
The next day she delivered her new customers first.
She bought extras and repeated deliveries to the same businesses as
she'd done the previous day.  Giving them each a free donut and another
flyer.
By the end of the second day, Carol had 16 customers for her third day.
By the end of day three, Carol had 21 customers and one big customer
who wanted 10 dozen every Friday and another office complex that wanted
4 dozen each day.
The following week she was getting requests for coffee. She called me
and I told her about Dunkin's Box O' Joe. 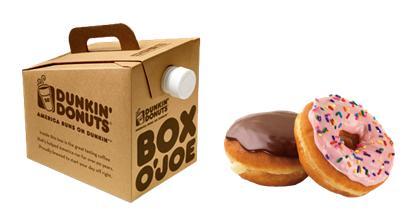 And it's why she's now hired another long term resident at the motel to
help.
Carol averages 31 deliveries a day. She's averaging after gas expenses about $5.00 per delivery. She has to make multiple trips back and forth
to both Dunkin and to Krispy Kreme.
She discovered a need and she's filled it.
And with one $5.00 course, some awesome go getter'ness and a
donut…
she's very soon going to have her own Big Dog Cart.
To your awesome potential,
Ben “better than average” Wilson
P.S.
I know, I know… I could have said hey there is a lady named Carol and
she's selling donuts to local business to raise money for her cart.
But that just doesn't hit you in the feels like this does.
Share/Like to help others...