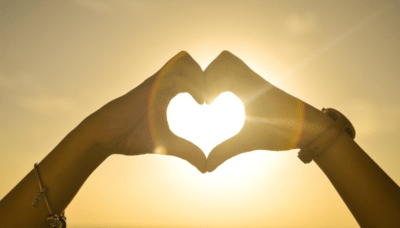 Everyone loves the feeling you get when you help another.

Even when that giving is unrecognized by others, it just feels great.  It's called humanity, it's solidarity in action.  Many hot dog vendors help others, they offer a free meal to a child or homeless person.  They pay it forward when that teen realizes he left his money in his gym locker and they provide that welcomed free meal.  No IOU's just a small gesture of love.

We all must make a living, but I've always known I will not do this on the backs of others.  I was once a landlord and my soft heart was trampled on more than once.  A sucker for a sob story, I know of several cases I was fooled, but this never curbed my desire to help those in need.  An acquaintance once, seeing me lose money on a property said, “Son, if you can't kick a pregnant single mom and her kids out of your property on Christmas Eve – You don't need to be a landlord!”  I definitely wasn't that type of landlord nor could I ever be.

If you follow my blog, you know of the stories where others are up against cities that have rules that prevent street vending, some even preventing it on private property within city limits.  It's a violation of our rights to work, it's a violation on a few levels and when challenged in court has been overturned.  The problem is that many of us don't have the means to hire attorneys and make the fight.  Now with organizations such as the Institute of Justice, these cases can be heard faster and the playing field leveled.

But what about right now?

Right now we have some options.  If you have read my course book or followed my free training then you probably already know a great way.  Either way, this week a very smart vendor contacted me whom had taken the idea to an entirely new level.  He made a brilliant observation and he is succeeding where he once was told; “NO!”

Before I tell you about that, let me briefly cover the other way for those facing similar restrictions and limitations on their vending abilities.  Everyone supports charities, some not by deed but in spirit.  My point is most all of us are “for” charities.  We feel they are needed and helpful.  Well by teaming with a local charity you and your cart may become welcome many more places than you ever imagined.  From Walmart to the County Courthouse.

Many vendors have done it.  They have contacted say the Humane Society or the local Safe Space and offered a percentage of their proceeds to be donated to that organization.  I would stick to local charities as people are much more likely to allow you to set up if the money is staying within the community.  I have helped local youth organizations to the Chamber of Commerce.

This has worked time and time again.  In fact one of my vendor friends used this method to help raise money in town for a building that was due to be demolished and the Mayor came out and took pictures, ate a hot dog and she continued to help other projects in a town where carts are forbidden.

Let's run this up a notch!

This is where my friend Micah comes in with his brilliant solution.  I have had some churches purchase carts to use for fundraising.  One preacher bought several carts over a year and put unemployed parishioners to work thereby helping them and the church.  Micah wasn't a preacher though and he didn't have a church, so he became an ordained minister.  What?  Yup, Micah is now an ordained minister and enjoys the privileges that a church would.  His church could be Hot Dog Church or if without an official church, he became an ordained minister with a Universal Life Church.  There are many available online and they are officially recognized.  Don't get me wrong, these serve many other great purposes.  They allow one to perform marriages, funerals and about anything you would find a “man of the cloth” doing.

Because Micah respects all faiths and has humanity at heart all the while providing a way for his cart to enter the hallowed streets of his city, he is offering weddings and more.  Two Dogs and a Wedding is how he presented his idea recently, where he performs matrimonial ceremonies for any couple no matter their faith and also includes a fine hot dog diner from the cart.

He will soon expand by offering other catered events the benefit of a recognized Ordained Minister as well as a great meal.   What a great idea.  Micah can now go into his city limits, he can raise money for not only himself but help others in need, he can participate in the community in a number of capacities.  Hooray and congratulations to Micah!

What city or business owner would turn down an ordained minister from raising money for _______________?  I don't know, but I wouldn't and haven't.  When I was in the furniture business, I always allowed whatever religious or charity to raise money in front of my stores.  I support anything that serves the greater good.

I am sure there are some that would argue, but before you make a decision let's cover the positive aspects.  For the past 15 years the Universalist and Non-denominational churches have enjoyed a surge in memberships.  No longer must one pick this faith or that, they can safely and peacefully worship under a much more inclusive title.  Society is changing, as before when we decided to treat women as equals, when we trashed slavery and segregation, when we discarded the tyranny of damaging ideologies – humanity marches slowly on and we continue to grow in solidarity today.  If this was the only benefit, it's plenty.  But someone whom loves for the sake of loving his fellowman, the person whom shrugs off the inherited dogma of a religion that only accepts one group in a world with 1000's of religions – he or she is a friend of humanity. 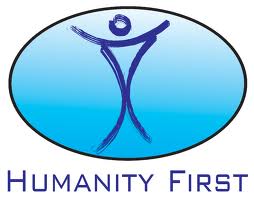 By becoming an ordained minister, one can serve the greater good.  One can better himself financially and also become a supporter and promoter of peace.  One can haul his money maker on wheels and sling dogs while representing a great cause, while inspiring other, while being more than just a functional member of society, he/she can be a blessing to their community.

He can marry those that some may consider un-marriable, he can serve as liaison between a charitable organization and it's donors.  He can promote and encourage giving.  He can perform religious celebrations and much more.  He can be a shining example and a ray of hope.

Who would discourage that?   Not me.   I am proud to call Micah a friend.  I am impressed with his “can do attitude”, his desire to succeed, his ingenuity and his determination.

Next time you come across a stumbling block, next time someone tells you no, what are you going to do?